Remedies for private parties in the Agreement on Internal Trade 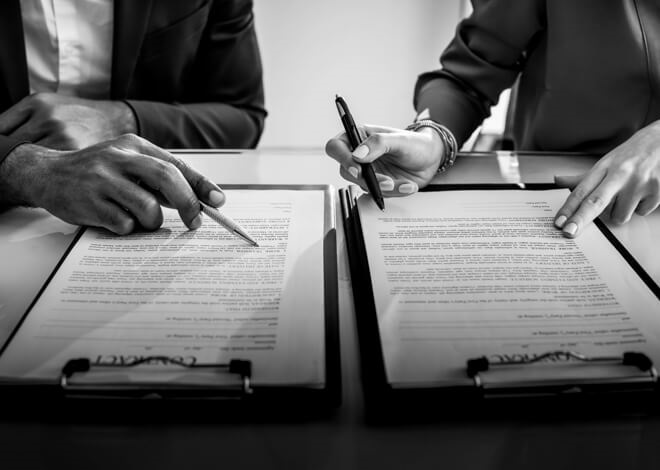 The Agreement on Internal Trade, signed in 1994 by Canada’s provinces, territories, and federal government, aims at promoting trade between provinces. Provincial, territorial, and federal governments have amended the AIT several times since its inception. The AIT now allows individuals and companies to challenge the actions of Canadian governments as inconsistent with AIT obligations. This post will outline the basic shape and steps of such a challenge.

This post will not cover how to challenge a government procurement decision such as the purchase of goods and services. The AIT provides for distinct procedures for those complaints.

What can an individual or company complain about under the AIT?

The core obligations of the AIT, set out in Chapter 4 of the agreement, consist of the following:

Separate chapters of the AIT specify how these core obligations apply to specific areas such as government procurement, investment, labour mobility, agricultural and food goods, alcoholic beverages, communications, and transportation.

Who can make a complaint?

To complain about a government measure under the AIT, individuals or companies must show a “substantial and direct connection” between the measure, themselves, and a provincial or federal government.

To show a substantial and direct connection to a province, the complainant must show the following:

To show a substantial and direct connection to the federal government, the complainant must show not only an economic injury or denial of benefit, but that they have suffered the injury or denial as a result of being treated inconsistently with AIT obligations because:

What remedies are available to a successful complainant?

The most important remedy available is a finding by a hearing panel that the challenged measure does not comply with the AIT and a recommendation that the responding government modify the measure to render it consistent with the AIT. Damages are not available under the AIT.

An individual or company must first formally request that a government (with whom they have a substantial and direct connection) bring the complaint on their behalf. A government has three possible responses to such a request:

Where a complainant moves forward on their own, the complaint must be reviewed by the “screener”. Screeners are independent officials, appointed by each government. In deciding whether to allow a complaint to proceed, the screener assesses whether the complaint is frivolous or vexatious or in bad faith, and whether there is a reasonable case in support of the complaint.

If the screener allows the complaint to proceed, the complainant must then participate in a short period of consultations with the responding government – the government that passed the measure being challenged.

Step four: Establishing a Panel and Hearing a Complaint

After the period of consultations, the complainant can request the establishment of a panel to adjudicate the dispute. The complainant and the responding government each select a panellist from a roster of panellists nominated by provincial and federal governments. The responding government cannot choose one of its own appointees to the roster. The two panellists then agree on the appointment of a third panellist from the roster.

Once established, the panel adjudicates the complaint in accordance with the procedures under Chapter 17 of the AIT. This post will not review these procedures in detail. In sum, they are generally more flexible and streamlined than a court proceeding.

Following the hearing of the complaint, the panel issues a report setting out, among other things, the panel’s determination as to whether the government measure in question is inconsistent with the AIT and the panel’s recommendations to resolve the dispute. These recommendations can include the amendment or repeal of legislation. The panel may, in its discretion, award the complainant (but not the responding government) a limited portion of its legal fees. The panel must also divide, in its discretion, its own fees between the complainant and the responding government.

A complainant who is not satisfied that the responding government has implemented the panel’s recommendation may request that the panel conduct a compliance review. As part of such a review, the panel can impose a monetary penalty against a responding government. However, in private complaints under the AIT, this penalty is payable to the Internal Trade Advancement Fund, a fund administered by the Internal Trade Secretariat for various research, education, or other purposes.

What success have private persons had in making complaints?

This is only a basic overview of the procedure of a private AIT complaint. As is clear from the above steps, private AIT complaints must pass through multiple thresholds before obtaining a determination of the merits of the complaint. However, these complaints nevertheless can lead to a finding that a government measure is inconsistent with AIT obligations and to a recommendation, backed by monetary penalties, that a responding government repeal or amend the measure.

To speak to someone about the Agreement on Internal Trade or other trade law issues, please contact David Wilson or Ben Grant at Conway Baxter Wilson LLP.