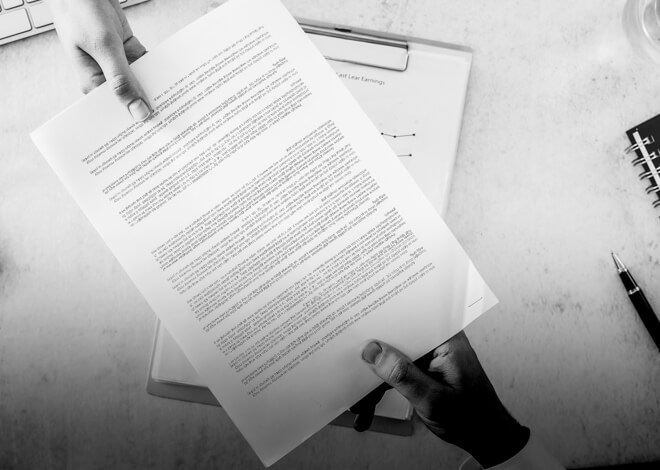 In a decision with wide-ranging implications for the lobbying community and for administrative law generally, the Federal Court of Appeal ruled in Canada (Attorney General) v. Democracy Watch (2020 FCA 69) that the federal Lobbying Act does not create a duty for the lobbying commissioner to investigate complaints from members of the public.

In late 2016, the Aga Khan hosted Prime Minister Justin Trudeau and his family for a Christmas vacation at his private island in the Bahamas.

An unnamed private citizen complained to the Commissioner of Lobbying. The complaint alleged that the Aga Khan had violated the Lobbyists’ Code of Conduct by hosting the Trudeaus.

A separate complaint was filed and an investigation was carried out under the Conflict of Interest Act, regarding whether the Prime Minister had contravened ethics rules by accepting the trip (the Ethics Commissioner found that he had). However, the complaint to the lobbying commissioner was strictly about whether the Aga Khan himself had breached the Lobbyists’ Code.

On the recommendation of her Director of Investigations, the (then) Interim Lobbying Commissioner found that the Lobbyists’ Code did not apply to the Aga Khan’s interactions with the Prime Minister during this vacation, because the Aga Khan himself was not “remunerated” for his work with the Foundation. Thus, the interaction did not meet the definition of lobbying under the Lobbying Act and was not subject to the Lobbyists’ Code. As a result, the Commissioner declined to investigate the complaint.

The Commissioner’s decision was likely influenced by the Commissioner’s own Advisory Opinion on “Boards of Directors”. That opinion states “If the chairperson or member of the board is not an employee of the company or non-profit organization in an employee-employer relationship and receives remuneration beyond reimbursement of expenses, the requirement for registration as a consultant lobbyist applies to their lobbying activities.” Based on this opinion, if a board member does not receive remuneration, they are not “lobbying” under the Act, and the Code does not apply.

Democracy Watch filed an application for judicial review, asking the Federal Court to quash the lobbying commissioner’s decision not to investigate the complaint.

The Federal Court (2019 FC 388) granted the application and quashed the Commissioner’s decision. Gleeson J. dealt with many issues, including standing, reviewability, standard of review, procedural fairness, and the reasonableness of the decision. This summary deals only with the reviewability and reasonableness issues.

Federal Court of Appeal Finds the Commissioner’s Decision Is Not Reviewable, Remains Silent on Reasonableness

The court found that the Lobbying Act does not create a right for a member of the public to have a complaint investigated. The court compared the language in s. 10.4(1) of the Lobbying Act to language in other federal statutes with complaint and investigation processes, namely the Access to Information Act, the Privacy Act, and Public Servants Disclosure Protection Act, and the Official Languages Act. All of these statutes include language to the effect that the investigating body “shall receive and investigate” complaints. These statutes create an obligation for the body to receive and investigate complaints from the public. By contrast, s. 10.4(1) of the Lobbying Act contains no such language: thus, the court concluded that it does not establish a public complaints process. Since the Commissioner’s decision not to investigate a complaint from the public did not affect any statutory right, the Commissioner’s decision is not subject to judicial review. The court found that this was dispositive of the application.

The court’s reasoning on the Commissioner’s duty to investigate complaints is informative for administrative lawyers. The court’s review and comparison of statutory language from 6 federal statutes regarding a public officer’s duty to investigate complaints is interesting. What is more controversial, perhaps, is the way that this comparison of language weighed so heavily in the court’s reasoning. In contrast to the Federal Court, the Federal Court of Appeal placed far less weight on the purpose and design of the specific statutory scheme at issue, and in particular, on the Lobbying Act’s purpose, the Lobbyists’ Code, and the interpretation bulletins.

Since the Court of Appeal found the decision was not reviewable, the court did not go on to rule on any of the other issues that the Federal Court had ruled upon, most notably the reasonableness of the Commissioner’s decision. The Court of Appeal made no comment on Gleeson J’s interpretation of the term “for payment” under the Lobbying Act and provided no guidance on issue. This may have been an exemplary exercise of judicial economy; however, it may be somewhat unsatisfying for those who are potentially subject to the Lobbying Act. Strictly speaking, the Federal Court decision has been quashed; thus, Gleeson J.’s broader interpretation is not binding. The lobbying commissioner’s advisory opinion on boards of directors remains in effect and seems to take a narrower view. It remains unclear which interpretation is correct in law. Are volunteer non-profit board members always excluded from the definition of lobbying, or might some volunteer activities be captured under a broader definition? Presumably, as a matter of practice, the lobbying commissioner’s interpretation will prevail until such time as another court rules upon this question.

One thing is clear from the appeal decision: the lobbying commissioner has no legal duty to investigate complaints from members of the public. This holding may be somewhat surprising to some, or disappointing for those who wish to see a stronger role for the lobbying commissioner. It may be a topic for the upcoming parliamentary review of the Lobbying Act, which was due to take place in 2017 but which has not yet started.

This Is Not Over

Democracy Watch has filed an application for leave to appeal to the Supreme Court. Thus, it is not yet clear whether the Federal Court of Appeal’s word on these issues is final. If the Supreme Court grants leave, it will have the opportunity to weigh-in on both reviewability and the definition of lobbying.

This article originally appeared on the Canadian Bar Association website in the Administrative Law Section.